I’m in the process of building the raised beds for our vegetable garden – you can see the post here. We were going to plant Carolina jessamine for our arbor trellis until I read that all parts of the plant are poisonous. 🙁  Mike and I did some research on our own, but we were having trouble coming up with a viable alternative so I asked a Denton County Master Gardener for a recommendation.

In my opinion, the most important part of the DCMG’s answer was the explanation that most plants are poisonous (or will at least cause a stomachache) if eaten, so teach the kids not to eat plants unless Mom & Dad say it’s okay. 🙂

She also suggested that it might be easier to avoid the most toxic plants rather than trying to get 100% safe plants, and two links were provided for reference:

(1) a list of common toxic and non-toxic plants from Washington state’s poison center (not a complete list), and

(2) a list of Plants Toxic & Non-Toxic to Dogs, with the caveat that there is no guarantee that what is safe for a Briard is safe for children. 🙂

Mike and I compared the suggested lists with a list that Mike generated from the Michigan Bulb Co.’s website, where you can use their “Plant Digger” to find plants suited for your Grow Zone, and a list generated by the Earth-Kind Plant Selector from the Aggie Horticulture website.

Are you looking for some gardening help in the Denton area? Check out the DCMGA:

The Denton County Master Gardner Association (DCMGA) has a mission:

The DCGMA is a volunteer program under the guidance of the Denton County Horticulture Agent. (I came across their website  while exploring the Texas AgriLife Extension Service’s website.) There’s a lot of helpful information available on the DCMGA website, including information specific to North Texas Gardening.

I was beginning to feel a little overwhelmed trying to sift through the gardening information I had been reading on the internet and in books, so I emailed the DCMGA help desk with my questions. (You can even give them a call, too!)

Within three days, I received a professional, courteous, and helpful reply with science-based answers. Thank you, DCMGA!

Aunt Sue was kind enough to give us a tour so that we could get a feel for the farm and whether or not membership was for us. The kids loved exploring the farm, and Mike and I found the farm’s projects, plans, and practices quite interesting.

We decided to join for the following reasons:

Note: For whatever reason, the apostrophe in the post’s title isn’t showing up. 🙁 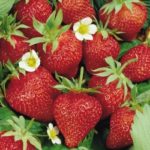 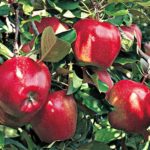 Originally, we were going to plant one apple and one pear, but whilst doing our homework, we learned that apple and pear trees are not self-pollinating.

Last year, when my inner-Scholarly Mama started to call our little container garden our “Explore & Discover Garden,” I had the hope that it would provide a source of learning for our children as well as a meaningful and purposeful way for us to spend time together as a family.

We’re turning that hope into a plan this year. I found a few early childhood curricula based on gardening and outdoor learning, and Mike and I decided on Early Sprouts, a preschool curriculum that I found through Gardening with Kids, which I came across via the National Gardening Association’s website.

I’m happy to report that our book should arrive within a week. 🙂 I’m looking forward to adapting lessons for our region and our family’s needs! Today I learned that the lovely Carolina jessamine we were hoping to plant near the base of the arbor and twine through the trellises is poisonous! In fact, every part of the plant is poisonous. 🙁

We used Gardner’s Supply Kitchen Garden Planner to help plan our garden. Here is a screen shot of Planter Bed 2:

If you look at our garden site plan, you’ll see that Planter Bed 2 is located nearest the picket fence bordering the yard (facing the back of the house).

We used Gardner’s Supply Kitchen Garden Planner to help plan our garden. Here is a screen shot of Planter Bed 1:

If you look at our garden site plan, you’ll see that Planter Bed 1 is located nearest the back fence line.